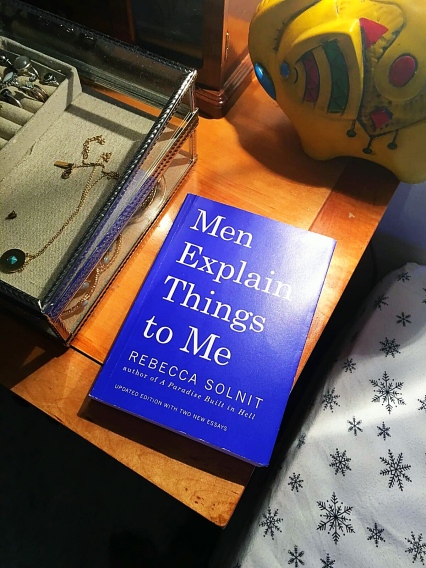 When I chose this book I thought it seemed like it would be hilarious. I was assuming it was just a humorous spoof of a book. I was pleasantly surprised that it was much more than that.

Solnit says it best herself, “when I sat down and wrote the essay ‘Men Explain Things to Me,’ here’s what surprised me: though I began with a ridiculous example of being patronized by a man, I ended with rape and murders.”

Solnit’s essays encompass more than just the basic “mansplaining” that most women are familiar with. She gives us a brief look into the history of gender roles and the concealment women have struggled with and how feminism has done much to help us walk a road toward equality.

Roxane Gay’s Bad Feminist has been touted as the perfect “intro to feminism” text, but I believe Rebecca Solnit’s essays in this book give a vastly more comprehensive look into the lives and struggles of women and in explaining the importance feminism has played in giving us a road to equality. 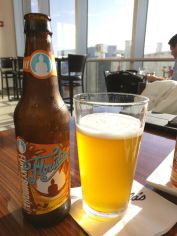 Funky Buddha‘s Floridian Hefeweizen pairs nicely with this book. This golden brew has aromas of bananas, citrus, and cloves that lends a calming haze while drinking it.